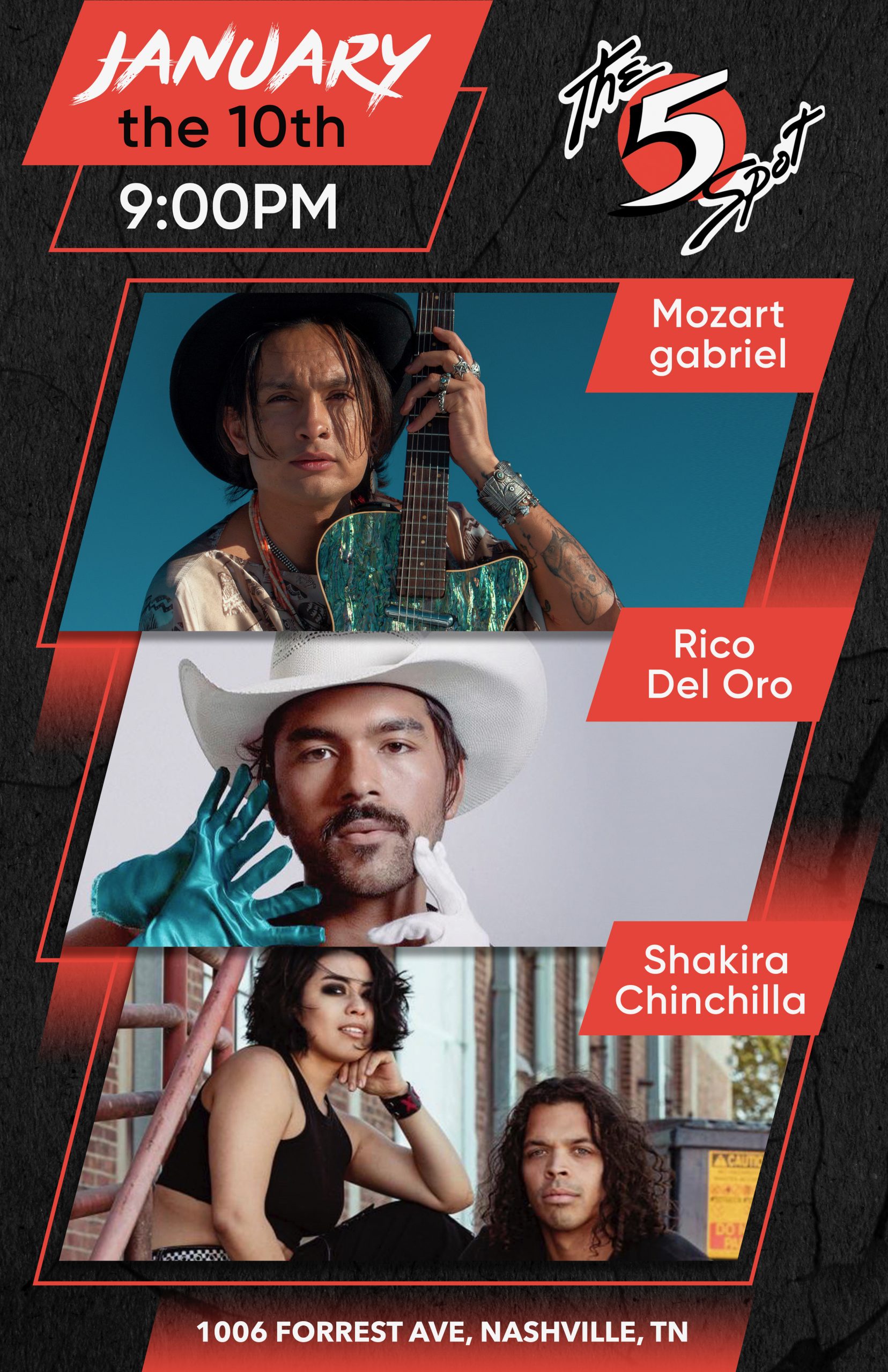 Born and raised in the USA’s oldest inhabited village, Taos Pueblo, Mozart grew up without running water or electricity – he instead found normality in hunting and bathing in the river. Performing songs for ceremonial events was where the young artist first developed his soaring vocal ability, and once the lure of a global audience took hold, his Native American roots soon offered the music world a compelling twist on contemporary rock and roll.

Before long, Mozart took home the title ‘Best of Barcelona’ from a plethora of Battle of The Bands, and in the years since his music videos ‘Leach’ and ‘Across Seas’ have won him twelve additional awards. He’s also attained over 114,000 followers on TikTok for sharing his culture of Native America, and with his audience growing exponentially, his growing popularity soon grabbed the attention of producer Kenny Ryle – known for his work with Underoath, Shakey Graves, Korn The team then embarked upon the recording of the Sophomore album ‘Sign Me Up 4 The Apocalypse’.

Shakira Chinchilla is an alternative/punk rock duo based in Nashville, TN. Formed in 2020, the band strives to provide a high-energy sound with an authentic message. Combining crunchy guitars, powerful vocals, and hard-hitting drums, the duo gives off familiar 2000’s punk vibes with a modern twist. Growing up in the infamous Watts of Los Angeles to Nashville’s music city, Shakira and Gregorio integrate real life experiences to evoke genuine emotions.

With two releases under his belt, “Vida” a hopeful ballad about separation, followed by the enchanting anthem of heartache & uncertainty, “Wysteria”, Rico Del Oro once again brings a new story to fall in. Rico’s third release “Sol y Luna” delves into the theme of moving on. Sonically interpreting the catharsis of letting go of one-sided love and expressing the struggle of telling someone, but more importantly yourself,