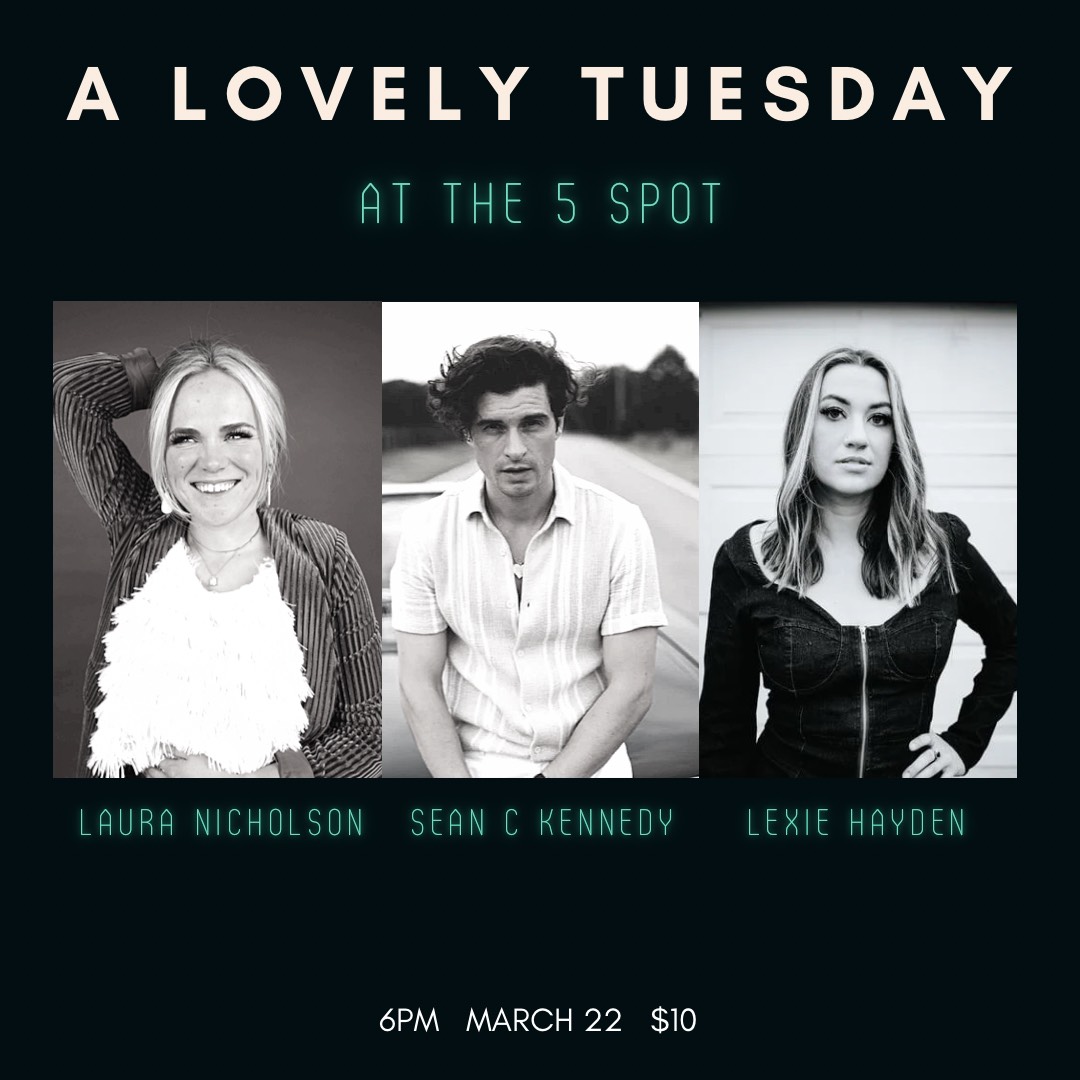 Laura Nicholson – bio
Laura Nicholson found her voice at a young age while watching her mother’s family gather around a grand piano in Minneapolis, Minnesota singing songs by artists like Norah Jones, Etta James and Carole King. Nicholson began writing songs after receiving her first guitar at age 12. Fast-forward to college days when Nicholson first discovered Nashville, Tennessee. She was quickly swept under the wings of hit Singer-Songwriter and Monument Recording Artist, Cailyn Smith (Dolly Parton, Miley Cyrus, Meghan Trainor) who gracefully mentored the young artist in her songwriting and performance skills. Before she knew it, she was showcasing her new Nashville co-written songs at coffee houses near her college campus in St. Paul, MN. After selling out her first big show in downtown Minneapolis, Nicholson made the brave move cross-country to Music City. Today, Nicholson has honed her craft while creating with some of Nashville’s finest songwriters, debuted her music at the Bluebird Cafe and has played Girls of Nashville – which showcases up and coming singer-songwriters. The independent artist has been preparing her next EP, which will display her unique voice and emotion. The first single, Bluebird recently won top 10 in the NSAI 21st Annual Song Contest out of 3000 submissions. Nicholson is ready to trust her wings and breathe life into her career.
Sean C Kennedy – bio
Scotland born but Nashville based singer-songwriter Sean C Kennedy is known for his revealing yet purposeful lyrics and genre-fluid musical style. Influenced by the likes of Prince, Bonnie Raitt, Coldplay, John Mayer, Amos Lee and others, Kennedy has explored different angles, from folk and country to poprock, throughout the years. His latest EP ‘Let Life Love You’ has a strong electronic pop feel to it, but never loses its emphasis on a meaningful message.
Lexie Hayden – bio
Drawing inspiration from all corners of country music—ranging from royalty like Dolly Parton and The Dixie Chicks, to younger trailblazers such as Maren Morris, Kacey Musgraves, and Brothers Osborne—Virginia-born singer-songwriter Lexie Hayden has always sought to tap one particular attribute that these influences embody to her: honesty.