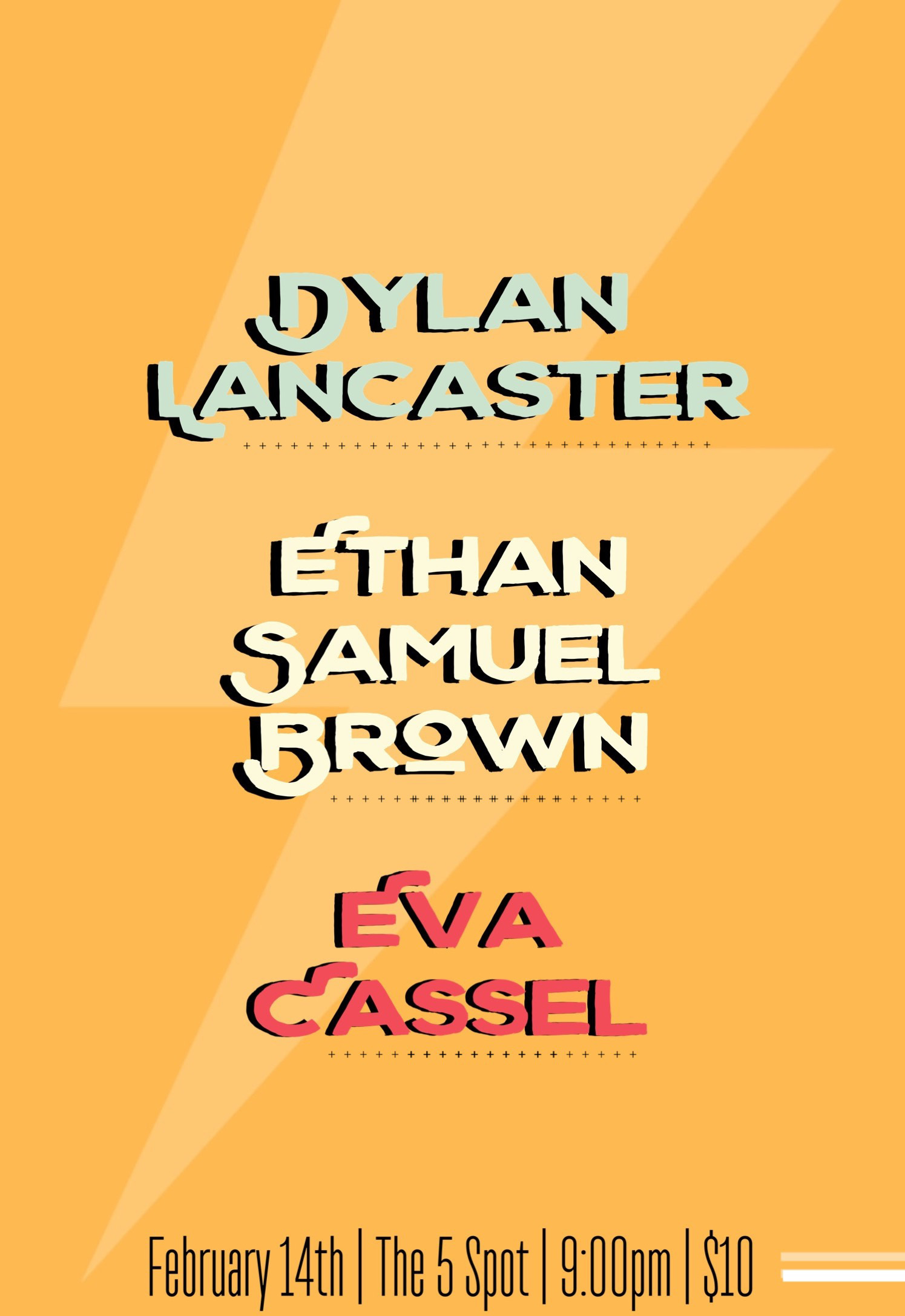 A Nashville-based electric guitarist and punk rock poet, Cassel converted from days as an acoustic folk artist to fronting a rock band with her trusty nicotine-patinated Strat, fondly known as “Old Yeller,” in tow. Combined with effortlessly melodic vocals, jazzy chords, and rock and roll attitude, one could call her music the fortunate meeting of Elliott Smith and Amy Winehouse.

You’d be hard pressed to find anyone more immersed in live music than singer/songwriter Ethan Samuel Brown. Based in Nashville, the compelling performer has spent the last decade moonlighting as a concert promoter, talent buyer, and audio engineer in some of music city’s most historic venues. His delicate guitar playing, musical wit, and lyrical wordplay have drawn comparisons to such industry titans as James Taylor, Bob Dylan, and Leonard Cohen.

His songs remind you that rock is, at its most pure and basic, just a person and a guitar, a story and some questions. He cut his teeth in Kalamazoo, where he played in country-rock bands alongside local punk outfits, listened to Springsteen records on repeat, and lived across the street from a graveyard. Now he’s in Nashville, singing in dive-y karaoke bars and penning songs that sound like elegies for a past self, scribbled somewhere between the dusty tales of Outlaw Country and the searing uplift of a Neil Young guitar solo.