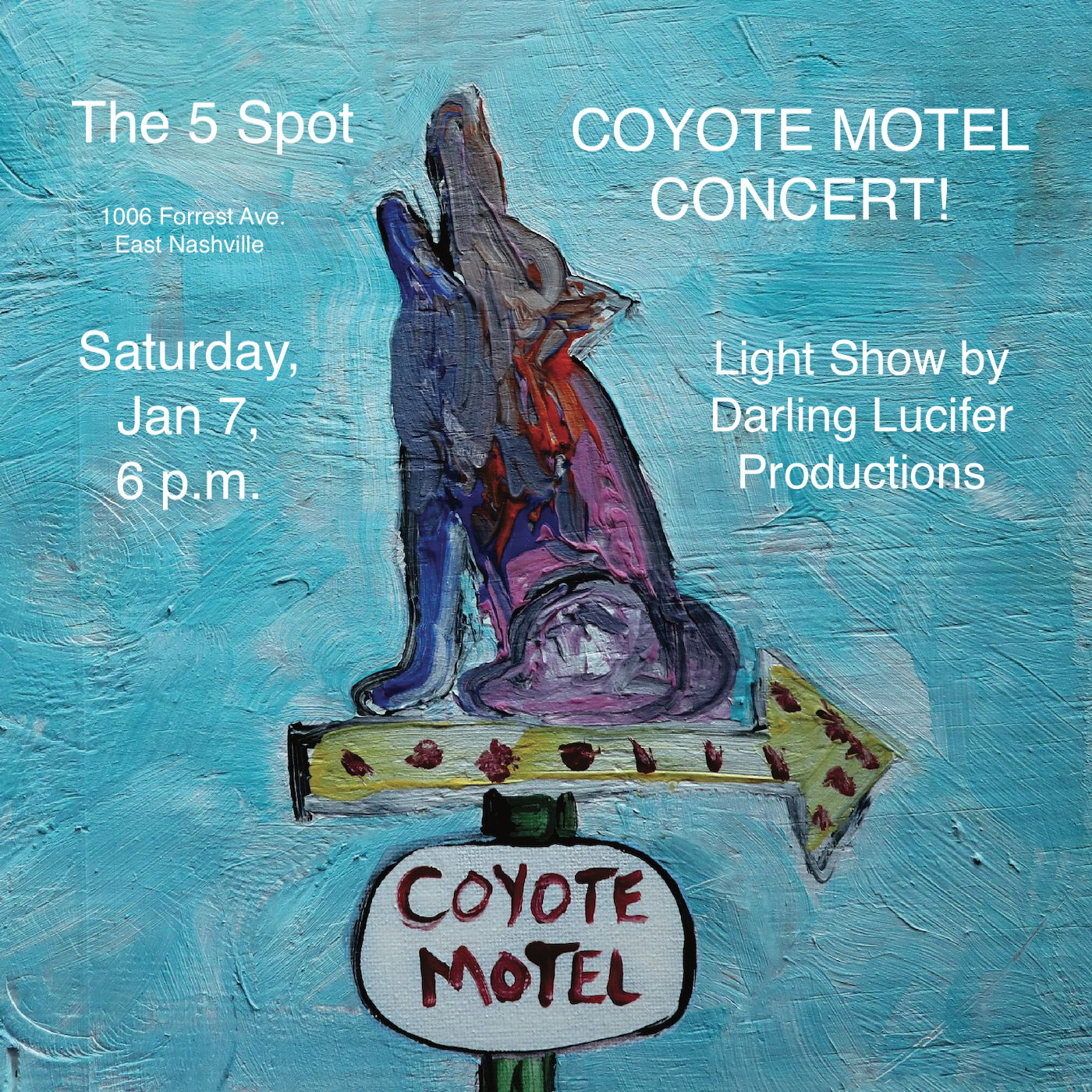 Nashville-based Coyote Motel plays Cosmic Roots
Music, a highly original sound drawing on all styles
of great American roots music, psychedelia, improv,
and just about anything else they drag into their
creative den. The band has recorded three albums
(including a live album cut at the 5 Spot that was
named one of the jazz/improv albums of the year by
the Nashville Scene) and toured throughout the
south and up the eastern seaboard. Currently the
band is at work on a feature length film, to be
completed in spring 2023. The Coyotes are Ted
Drozdowski on guitars and vocals, Sean Zywick on
bass and soundscapes, Luella (formerly of Luella
and the Sun) on vocals, guitar and percussion,
powerhouse drummer Kyra Curenton, and Laurie
Hoffma on Theremin and glockenspiel. (For this 5
Spot performance, Coyote Motel will be joined by
the Darling Lucifer Productions light show. Learn
more about Coyote Motel, or hear music and see
videos, at coyotemotel.com