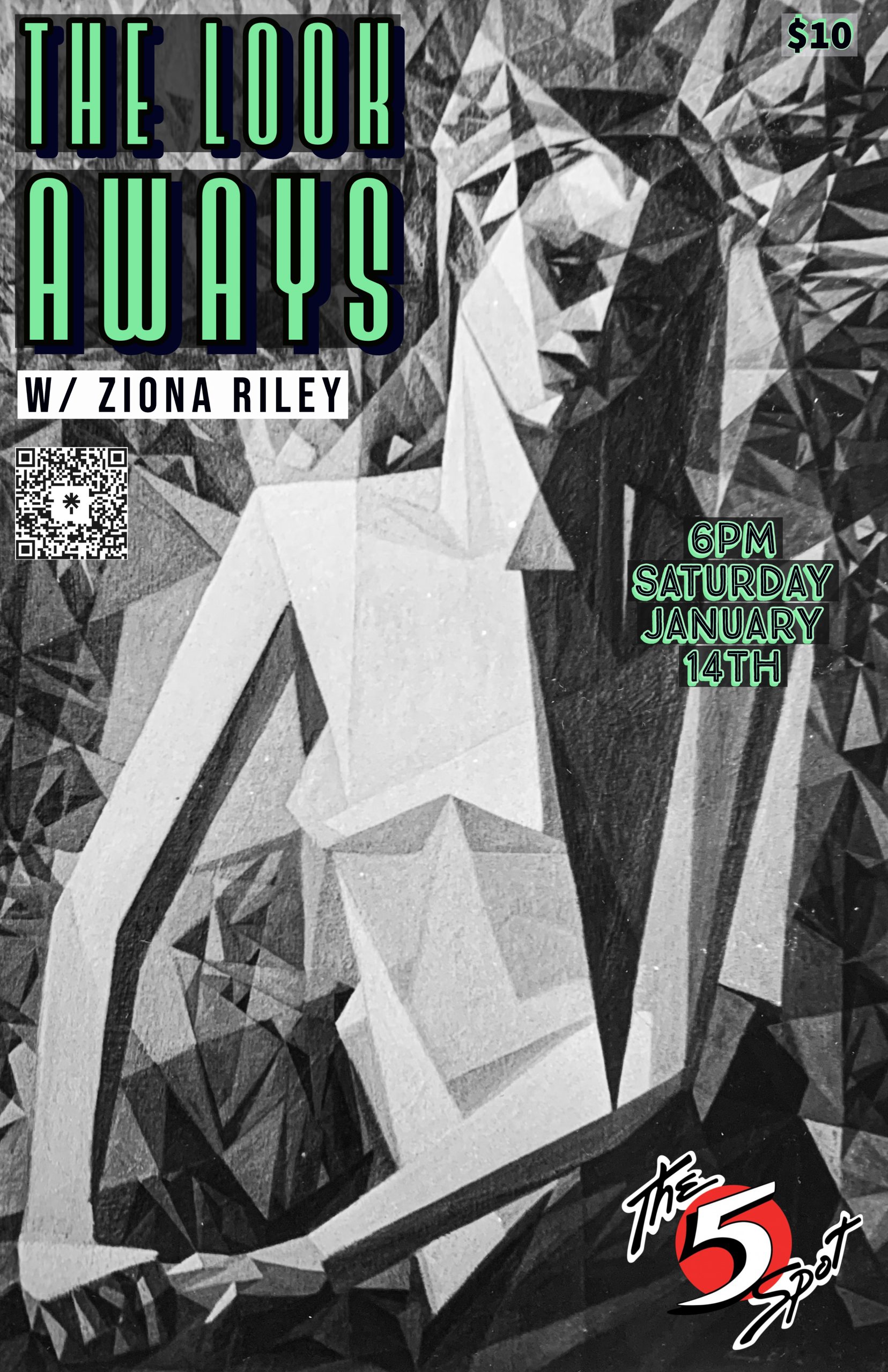 In a city absorbed by sights and sounds, the Look Aways have formed a unique musical
presence that quietly runs counter to Nashville’s raucous reputation. The group resides
somewhere between the dramatic worlds of Brazilian jazz, ‘70s folk, and psychedelic pop.
With emphasis on improvisation and an uncanny knack for making the most “out”
moments feel familiar, the Look Aways are unmatched amongst an overcrowded scene.

The group’s live show is both subtle and compelling. They’ve been referred to as “cocktail-
wave” and “alt-smooth” in reflection of their wide-ranging song list that includes covers of diverse
artists such as Antonio Carlos Jobim, ELO, The Delfonics, Paul Simon, and Josephine Foster.

As stalwarts of the local pop, jazz, and avant-garde communities, each member’s individual
talents blend to create the Look Aways’ eclectic sound. Vocalist Erica Wilkes delivers a
captivating, almost dreamlike performance worthy of Astrud Gilberto or Lana Del Rey.
Long-time musical cohorts, Anson Hohne on drums and Ben Rice on guitar act as a
telekinetic catalyst to the group’s sound. The circle is completed by upright bassist Carter
Murphey. His dynamic playing and vast jazz roots are transcendent.
Together, the Look Aways are an aural adventure through boundless ambiance: perfectly at
home on a hazy night under the moonlight, on a scarlet stage or among the glow of sea
foam and waves. Even amidst the noise of Nashville, the Look Aways leave a lasting
impression on listeners of all types.

Ziona Riley is a self-taught finger style guitarist, folk singer and songwriter living in Nashville, TN. A transplant from Bloomington, Ind, Riley fits neatly into Nashville’s blossoming avant-folk music scene. She can frequently be found lulling rowdy dive bar crowds to a hush and moving listening rooms to group-sing at her unassuming whim. Ziona’s performance style is preceded by her meticulously clever songs. Her lyrics — self portrait vignettes, which defy solipsism — are underscored by thoughtful melodies that behave in counterpoint with idiosyncratic guitar work. Though she is a self-contained artist in her own right, some have compared her to chamber folk artists, Vashti Bunyan and Nick Drake, as well as offbeat singer songwriters like Connie Converse, Dory Previn and Terre Roche.