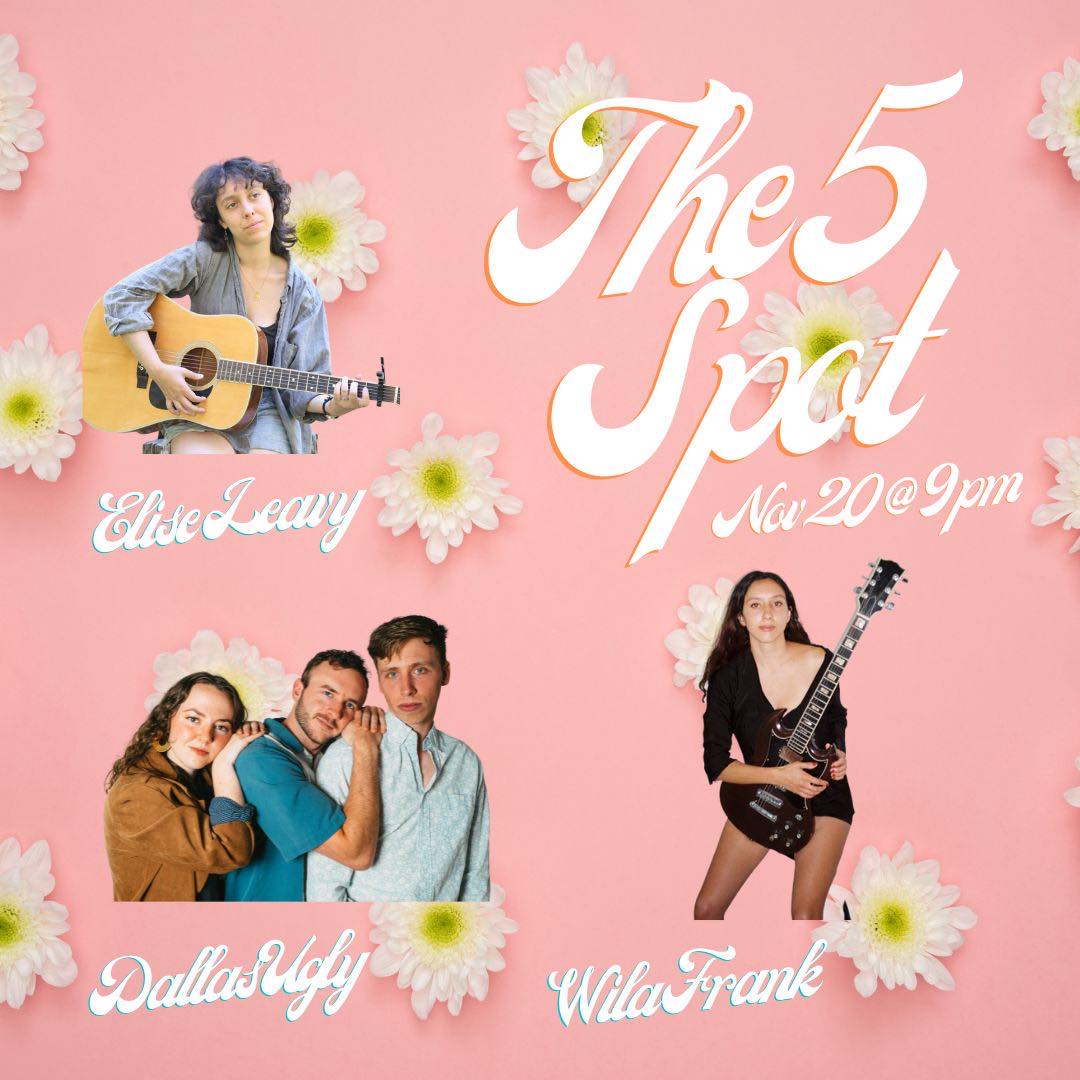 Raised on the central coast of California and currently living in Nashville, TN, Elise Leavy has a distinctly unique voice as a singer and songwriter. Often likened to Joni Mitchell and Judee Sill, Elise says it must be the California seawater getting inside her head and heart from an early age. She has been writing songs since she was 8 years old, and after graduating from the New England Conservatory of Music and living in New York City for three years, she is thrilled to be preparing to release her third solo project, a group of songs written and recorded in Brooklyn, NY with a full band of amazing local musicians.

“Dallas Ugly creates their own style full of shimmering magic, crafting a work of fractal guitars, pastoral melodies, and glowing harmonies” (Under the Radar Magazine). Themes of change, loss, and growth, framed by the band members’ decade-long friendship, lend themselves naturally to the rolling country music vibes of their melodies and instrumentation. Together, Owen Burton, Eli Broxham, and Libby Weitnauer carry the Americana torch into their own technicolor future. If you close your eyes, you can practically feel yourself slow dancing under the lazy orbit of a disco ball at midnight.

Indie/alternative rising star, Wila Frank, is a singer, songwriter, multi-instrumentalist, and producer based in Nashville.
In 2020, she began recording her debut album “Black Cloud” in collaboration with longtime friend Royal Masat (Bassist for Billy Strings) and French drummer Wendy Killman (Jehnny Beth etc.). With this imminent debut, she has produced a sound that is at once fiery, cinematic, and mysteriously intimate. Her heart wrenching narratives reveal feelings of tortured longing and miasmic introspection, evoking a rich and sensitive pathos. Gritty guitar riffs recall sounds of early alt-rock with delicate feminine vocals provoking the ear and the heart. “Black Cloud” is anticipated to be released in early 2023.