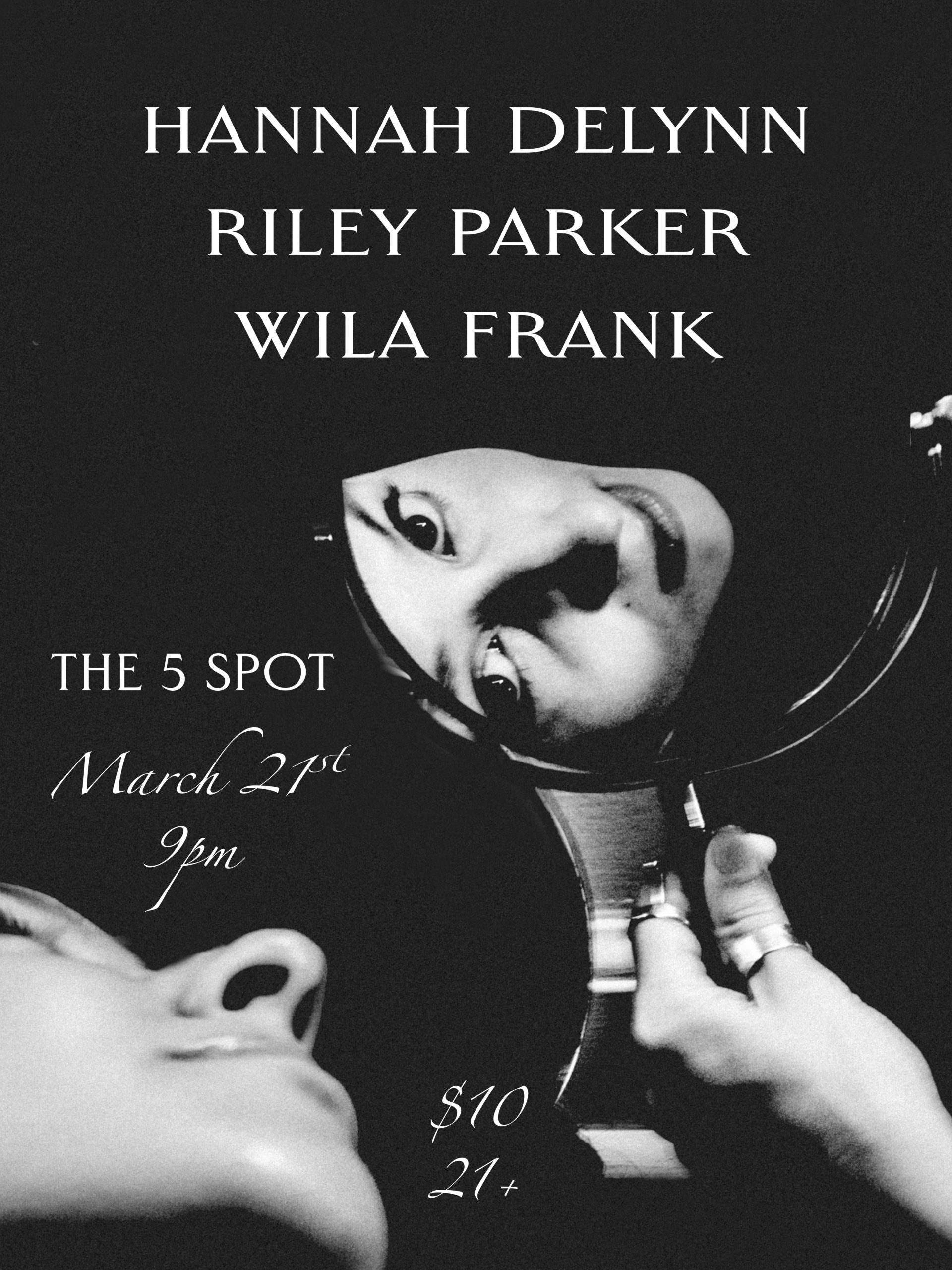 WILA FRANK makes music that’s searching, cinematic, and introspective with scalpel-like precision. Her songs can clear the air, putting to music emotions that are deeply felt but only rarely spoken. With her debut single Fire, the 24-year-old Nashville-based songwriter immediately sets a mesmerizing mood that showcases her evocative lyricism as well as her tasteful ear as a multi-instrumentalist and producer.

RILEY PARKER is a Nashville based indie-rock band. Their beautiful and tender collection of ballads and anthems weave poignant, dreamlike observations on trepidation, self- doubt, and conviction throughout one’s quest for love while discovering one’s identity. Upon the release of Riley Parker’s first single, “Wilted,” NPR’s Tiny Desk Contest featured the band on their blog ‘Entries We Love.’ They wrote that [Wilted] ‘is like a comforting friend there to help soak up a melancholy feeling.” The music presents itself earnestly and untainted by modern irony and hearkens to a more organic and hopeful era in indie-rock music.

HANNAH DELYNN  is a singer and songwriter in Nashville, TN, a city she loves for its familial creative community. Originally from Florida, she found her way to Music City USA in 2013, by way of New Zealand, Australia, and British Columbia. Hannah quickly found herself at home in the rich music community and soon co-created “Friends of Mine,” a monthly listening series to celebrate Nashville up-and-coming singers and writers. Together with Caroline Bowman, Hannah has hosted such artists as: Julia Jacklin, Eric Slick, Katie Pruitt, Erin Rae, and many more.